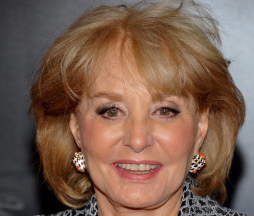 TMZ is reporting that Barbara Walters was overheard telling President Obama that she is retiring next year during an interview.

According to the site, the legend was interviewing Obama when she leaned in and said, “I need one more interview with you because I’m retiring next year.” Her comments were reportedly picked up by her microphone.

If Walters were to retire, of course, nobody could say she had not earned the rest. She has been going non-stop for over 50 years in television, and, at the age of 82, is still a force to be reckoned with. Besides her stint on “The View” and her “Most Fascinating” specials, she has continued to rack up her usual series of high-profile scoops — most recently with Syrian president Bashar al-Assad.

In a 2009 talk, Walters said, “I’d like to leave while I’m still at the top. When I leave, I will leave totally, and it will be in the not-too-distant future.”

Jeffrey Schneider, the senior vice president at ABC News, shot down the rumors in a statement.

“Barbara has joked that she is retiring every year since the Clinton Administration,” Schneider said. “Anyone who just did a day trip to Syria, 90-minute prime time special and an interview with the President and First Lady hardly sounds like someone retiring from anything.”

Whoopi Goldberg Farts On ‘The View’