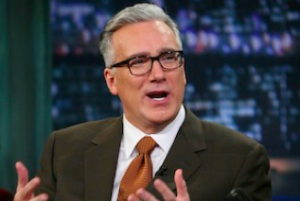 A Current TV representative shed some light Tuesday night on why Keith Olbermann played no part in the network’s coverage of the Iowa caucus. As discovered by Politico’s Dylan Byers, the spokesperson wrote in a chatroom:

“We asked Keith to be the sole anchor and exec producer of our primary and caucus coverage beginning tonight. Unfortunately, he declined to anchor or participate.”

Earlier Tuesday, Olbermann indicated that his show “Countdown” was returning, but by 7 p.m. ET, he said it was not to be.

“So as not to mislead: I am informed Countdown will not be on tonight,” Olbermann tweeted. “I must defer on all questions to @JoelHyatt @AlGore and @Current.”

Instead, Gore was on air alongside his two other prime time hosts, Cenk Uygur and Jennifer Granholm. Current’s Chief News Officer and on-air visage was MIA.

These mixed signals come amid reports of tension between Olbermann, who has fought his way off networks before, and Current.

As the New York Times’ Brian Stelter wrote last Thursday, Olbermann’s involvement in the election so far – or lack thereof – is puzzling. He did not appear in a pair of special reports that followed GOP candidate debates.

“These absences suggest that there may be new tension between Mr. Olbermann and the managers at Current, who are trying to create a progressive-oriented cable news channel,” Stelter wrote.

Olbermann responded with an extended tweet claiming that “anybody who describes my disposition towards Current as “disgruntled” is either uninformed, working from a personal agenda, wrong — or all of the above.”