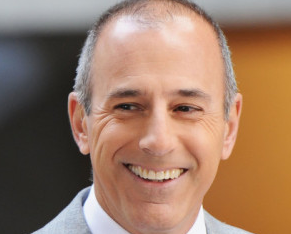 NBC Universal said that it is focused on keeping Matt Lauer as co-host of ‘Today,’ amidst rumors that Lauer’s future at the morning show is unclear.

Speaking at the Television Critics Association press tour on Friday, NBC entertainment chairman Bob Greenblatt said, “The number one priority is keeping Matt on the ‘Today Show.'” He was responding to reports that Lauer is thinking about leaving the program after his contract expires at the end of this year, and that Ryan Seacrest could be a possible replacement.

Greenblatt praised Seacrest as “an asset to the company,” and expressed interest in having him host “interview specials a la Barbara Walters.”

Ironically, the chat came on the same day that Lauer celebrated his 15th anniversary on the show.

‘CBS This Morning’ Premieres With Charlie Rose and Gayle King