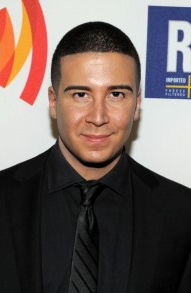 “Jersey Shore” will continue to live on after its demise.

Following in the footsteps of Snooki, JWoww and Pauly D, Vinny Guadagnino is now set to have his own show on MTV.

The Staten Island native will star in a hybrid talk/reality series titled, “The Show with Vinny,” the network announced on Tuesday.

Guadagnino will interview a range of celebrities at his family’s New York home, and the show will include appearances by his colorful Uncle Nino, who was regularly featured on “Jersey Shore.”

MTV said in a statement, “Vinny’s unique mix of humor, intelligence, curiosity and heart make him the perfect choice for this genre busting take on the interview format.”

“As the lives of the Jersey Shore cast evolve, we are excited to explore new ground while still delivering the laughs and surprises that fans have come to expect from the franchise,” the network added.