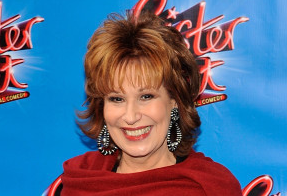 Joh Behar’s HLN show is coming to an end in December, according to multiple reports.

Behar has hosted the show since September 2009, while maintaining her other role as co-host of “The View.” Her ratings have been solid on the show — on Tuesday, for instance, she had the third-highest rated program on HLN, and placed second for the network overall– but a source told Deadline that “It just felt it was time for everyone” to move on.

In a statement, Behar said, “I am very proud of the show that we created at HLN and I owe tremendous thanks to the show team who made it possible.”