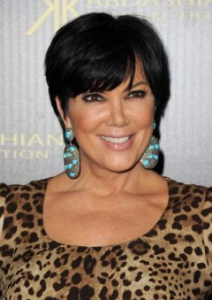 The “momager” behind the Kardashian television empire is in talks to host her own daytime talk show, a source confirms to Gossip Cop.

Jenner and Twentieth Century Fox TV have been meeting to discuss the launch of a daily series that would receive a six-week test run on affiliates in 2013.

Last year, Jenner served as a guest host for both “The Talk” and the “Today” show.

Would you watch a daily Jenner talk show?