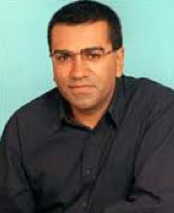 A reporter best known for his Michael Jackson documentary, who is currently a co-anchor on ABC’s “Nightline,” is leaving the network to join MSNBC, according to The Hollywood Reporter.

In addition to contributing to NBC’s “Dateline,” Martin Bashir will get an afternoon talk show on MSNBC.

With Bashir leaving, ABC News has promoted Bill Weir to an anchor on “Nightline,” where he joins Terry Moran and Cynthia McFadden.