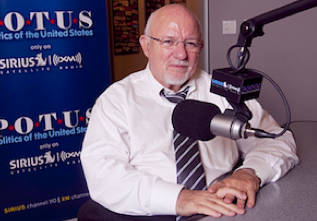 The New York Daily News first reported that Rollins, who was Michele Bachmann’s campaign manager until September, will add his insight to the upcoming presidential race.

Rollins has been quite outspoken about Bachmann’s struggles, saying she is “out of money and ideas.”

Rollins will join his former colleague Mike Huckabee, for whom he was campaign manager in 2008, at Fox. One would expect that a few of the other candidates will follow him into the barn once their presidential runs are over.

Rollins rose to prominence after serving as Ronald Reagan’s national Campaign Director in 1984, and has since worked for such candidates as Ross Perot, Michael Huffington and Huckabee.

Rollins with join former South Carolina governor Mark Sanford as a new analyst for the upcoming election. Here’s guessing this hire will be met with less surprise.