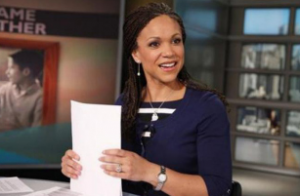 Following what she describes as a “flood of vitriolic responses” from conservatives outraged at the implication that the state should have more responsibility for child-rearing than individual parents and families, MSNBC host Melissa Harris-Perry took to the pages of MSNBC.com to mock concerns about the network promo’s implications. She said that conservatives’ fears may be illogically rooted in the fact that America has, in the past, seized and “re-educated” the children of African slaves and Native Americans.

“One thing is for sure: I have no intention of apologizing for saying that our children, all of our children, are part of more than our households, they are part of our communities and deserve to have the care, attention, resources, respect and opportunities of those communities,” Harris-Perry wrote after informing her audience of her intention to “double down” on the statements she made in the MSNBC network promo.

When the flood of vitriolic responses to the ad began, my first reaction was relief. I had spent the entire day grading papers and was relieved that since these children were not my responsibility, I could simply mail the students’ papers to their moms and dads to grade! But of course, that is a ridiculous notion. As a teacher, I have unique responsibilities to the students in my classroom at Tulane University, and I embrace those responsibilities. It is why I love my job.

She said that conservatives and progressives used to be able to agree on the principle that she stated in the ad – whether it relates to education or to reproductive rights, society has some responsibility to ensure children have the chance at an optimal life.

“So while we come down on different sides of the choice issue, we agree that kids are not the property of their parents,” Harris-Perry wrote. “Their lives matter to all of us.”

“So those of you who were alarmed by the ad can relax,” Harris-Perry wrote “I have no designs on taking your children. Please keep your kids! But I understand the fear.”

“But that is not what I was talking about, and you know it,” she concludes.

I want them to learn in enriching and dynamic classrooms. I want them to be healthy and well and free from fear. I want them to grow up to agree or disagree with me or with you and to have all the freedom and tools they need to express what they believe.

And no hateful thing that you say to me or about me will ever change that I want those things for your children.

Harris-Perry concludes the post by linking to a Bible verse which she tweeted out earlier: “Love your enemies and pray for those who persecute you.”