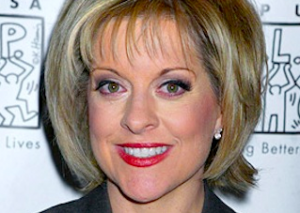 As we noted earlier this week, the sad case of Travyon Martin has become a national story. For crime and justice-centric HLN, it would appear to be right in its wheelhouse. Indeed, the Martin case has been discussed on nearly every HLN show, with host Jane Velez-Mitchell sporting a hoodie on her program in solidarity:

But while most of HLN has made the Martin case a priority, its most popular host has been silent on the subject: Nancy Grace.

According to TVEyes, Grace has not discussed the Martin case once this week. On Tuesday, when Grace was out and there was a guest-host, it still went unmentioned. All of this while Grace’s lead-in (Velez-Mitchell) and lead-out (Dr. Drew Pinsky) made Martin their top story.

So what did Grace cover instead of Martin? Her usual lineup of children that are missing or have been killed. All of those stories are worth covering–especially if the rest of the media doesn’t cover them at all–but with an hour-long show, there isn’t time to even mention the one case that everyone is talking about?

Another possibility is that Grace, who usually presumes guilt, whether it is in regards to Casey Anthony or Whitney Houston being “pushed” under the water, isn’t on Martin’s side in this case.