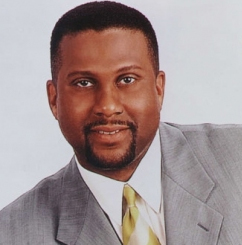 Tavis Smiley is entering into his eighth season of his Public Broadcasting System talk show. The nightly 30-minute show will be co-produced by WNET.org, Channel 13′s parent company.

“We’re thrilled to be partnering with Tavis Smiley now on the eve of his 20th anniversary in broadcasting, ” said Neal Shapiro, WNET president and CEO. “Like all great interviewers, his intelligence and curiosity sparks conversation and brings out the most interesting aspects of his guests. He’s an important part of the PBS lineup today and into the future – and we’re delighted to have him join us.”

While remaining based in Los Angeles, Smiley will occasionally bring his show to New York at WNET’s new Tisch studios on the Lincoln Center campus.

“When we began our program, the station that I wanted most to be on was WNET in New York, ” Smiley said in a statement. “Never in my wildest dreams did I ever imagine that I would have the honor of being partnered with this iconic broadcast outlet.”

In addition to the nightly program, Smiley will work with WNET to explore new media ventures including primetime specials, educational content based on his show, an evolving web presence, and collaborations with other WNET shows.