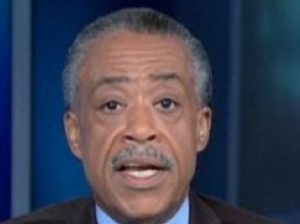 Al Sharpton has been officially named the host of the 6 PM hour on MSNBC. The network announced Tuesday that Sharpton will host “PoliticsNation” on weeknights starting August 29.

Sharpton has been the de facto host of the hour for many weeks, but no official announcement had been made until Tuesday. He replaced Cenk Uygur as the all-but-official 6 PM host after Uygur’s acrimonious exit from MSNBC in July.

The choice of Sharpton to host the hour has been marked by some controversy. MSNBC was criticized for not hiring a black journalist as a host, and there were charges that Sharpton’s close ties to Comcast and the Obama White House helped him get the role. For his part, Sharpton dimissed these concerns, saying he was becoming the host because of his career in activism.

“I am very happy and honored to join the MSNBC team as we collectively try to get America to ’Lean Forward,’” Sharpton said in a statement. “It is a natural extension of my life work and growth. We all learn from our pain and stand up from our stumbling and one must either learn to lean forward or fall backwards. I’m glad they have given me the opportunity to continue my forward lean.”