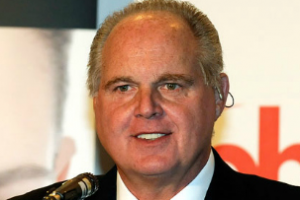 Politico writes that some of Limbaugh’s detractors believe the ratings dip is due to the conservative radio host’s controversial remarks in March about Georgetown law student Sandra Fluke. “Clearly Sandra Fluke isn’t the only one who didn’t like Rush calling her a ‘slut’ given how many viewers that comment incinerated,” one radio insider told Politico.

But others say that the April ratings decline is actually the leveling out of listenership following the spike in attention following the Fluke controversy. Towards the end of March, Limbaugh bragged that “our ratings are up anywhere from 10 percent to 60 percent, depending on the station,” following the controversy.

“The most likely reason for these shifts is that Limbaugh talked about Sandra Fluke at the beginning of March, so it brought in a lot of non-regular listeners,” another insider told Politico. “Now that the issue has more or less passed, those people aren’t listening anymore.”

Further complicating the notion that this ratings dip is due to Fluke backlash, Limbaugh’s ratings actually experienced an increase in other key markets — the key demographic increased 79 percent in both San Francisco and Las Vegas.

What happened to Bryan Suits’ Dark Secret Place radio show on KFI AM?