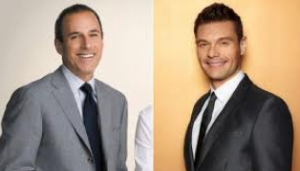 Matt Lauer asked him about that directly in an interview:

“What kind of conversations have you had with NBC about joining the Today Show?” Lauer asked.

“You didn’t answer the question, and I want names and dates,” Lauer responded jokingly.

“I see you doing this for as long as you want to, so how long will you be on the “Today” show? Because fans–and myself included–think you should be doing this for a long time,’ Seacrest replied.