Ryan Seacrest ‘to Ease Himself’ Into NBC’s Journalism 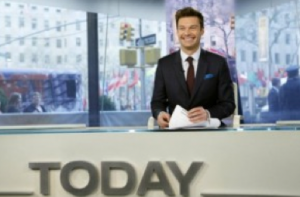 The Wall Street Journal profiles Ryan Seacrest and his growing media empire. Among the topics discussed is Seacrest’s new deal with NBCUniversal, which will see him contributing more to NBC News programming. Seacrest reveals a bit about what viewers should expect from him:

One question is whether the audience will accept Mr. Seacrest in more serious roles. He notes that the walls between entertainment, news and sports are not as high as they once were. But he’s likely to ease himself into these more journalistic efforts. At the Olympics, he co-hosted the closing ceremony with veteran sportscasters Bob Costas and Al Michaels, but mostly he focused on interviews with athletes like Michael Phelps and “Today” show appearances. During the elections, he’s unlikely to be interviewing heavyweight politicians.

Ryan Seacrest ‘to Ease Himself’ Into NBC’s Journalism