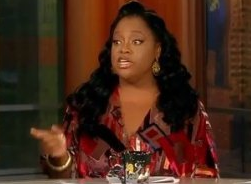 “The View” co-host Sherri Shepherd had some rather blunt tips for her new Twitter followers Sunday morning.

Shepherd’s second tip told aggressive new followers to basically back off. She tweeted, “New Tweeters: when you send several tweets back to back, my eyes start to glaze… you feel like a stalker. Ease up -13 Tweets Really?”

Shepherd, who maintains a strong presence in Twitter-verse, has sent and received somewhat heated tweets in the past. She got into a Twitter feud with followers in June 2009 after she was criticized for not following those who were following her.