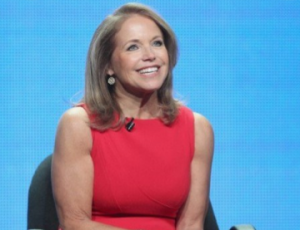 As expected, Katie Couric‘s new daytime talk show “Katie” was the strongest freshman talker last week, premiere week for most syndicated talk shows. “Katie” averaged a 2.3 rating/7 share, putting it about on par with its “General Hospital” lead-in and with the same time period last year. While that is strong, Disney was likely looking for more of a ratings bounce with a host as well-known as Couric.

B&C’s syndication ace Paige Albiniak has the details on how “Katie” and the other freshman performed, including a surprisingly strong performance form “Steve Harvey.”