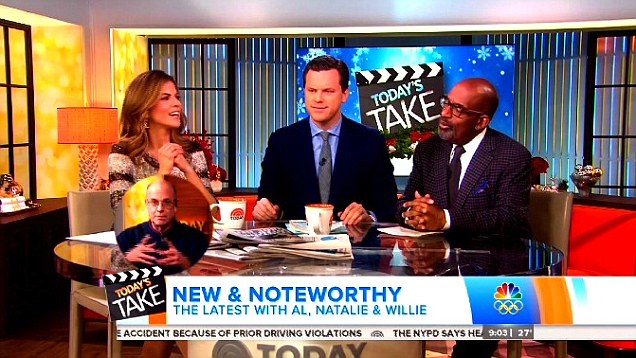 The “Today Show” apologized on Wednesday after mocking sign language during a story on the allegedly fraudulent interpreter at Nelson Mandela’s memorial service.

It’s not entirely clear what happened at Tuesday’s event, when a man whose sign language was all gibberish was able to take the stage and pretended to “interpret” the various speakers’ remarks.

But as Willie Geist, Natalie Morales and Al Roker discussed the bizarre scene, another staffer appeared in a small circle on the screen and began doing his own version of fake sign language.

The hosts were appalled and immediately tried to stop the tasteless gag from continuing.

Shortly thereafter, the show tweeted, “We aired a joke in our 9:00 hour that was offensive. We apologize to our viewers.”